We had another regular check-in with one of the midwives at Fairhaven this morning.  Baby's heartbeat sounded good, I'm feeling lots of movement, but unfortunately the glicklet is still in breech position.  That means that baby is still head up instead of head down.  The good news is that only 4%ish of babies are breech at full term, and so we've still got plenty of time.  Lots of babies flip late, some even right before or even during labor. 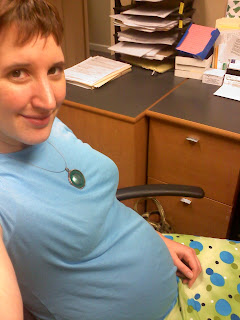 However, to be proactive, they did give us a couple of things to try to get the glicklet to flip sooner rather than later.  One is an inversion exercise, where I lay with my legs up and head down, to give the baby more room to move around and hopefully to flip.  I'm supposed to do so twice a day for 10 minutes.  If I think the baby has changed positions, the nice thing is that the midwives ask us to call so that we can go in and they can confirm (and I can stop inversioning!).

The other thing we were given is a moxibustion stick.  It's a roll of a Chinese herb, moxa, which you light sort of like incense so that it smolders.  You then put it near your little toe, close enough to feel the heat but not close enough to burn.  It's supposed to make the baby more active, hopefully enough so to flip into the correct positioning.  I'm not sure how exactly it's supposed to do what it's supposed to do, but hey - there are no potential negative effects and studies they've done in China show a statistically relevant success rate, so why not give it a try?

We were also shown how to tell what part of the baby is the head by pressing on my belly - basically, it's hard, round, and wobbles if you press on it.  =)

I'm still feeling quite well.  I've been able to keep exercising about 4 times a week, which I think has helped.  Unfortunately, that will probably be harder the next few weeks because our Goshen Ultimate summer league has started, taking up Tuesdays, and our classes have started at the Birth Center on Thursdays (though there are only 3 more weeks).  I'll just have to try to fit in shorter workouts before evening engagements, I guess, which thankfully should be doable.  I'm sleeping ok, though I have to change position when my hips start aching.

I'm including pictures of the gift my wonderful husband gave me for a Mother's day/baby going to be born gift/general surprise gift.  The off-center picture with the two of us is poorly framed because I was holding my phone and I'm bad at pointing it correctly. 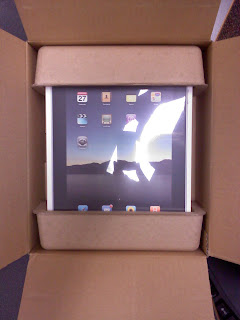 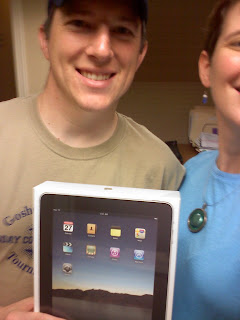 Posted by Kathy Glick Miller at 4:22 PM No comments: