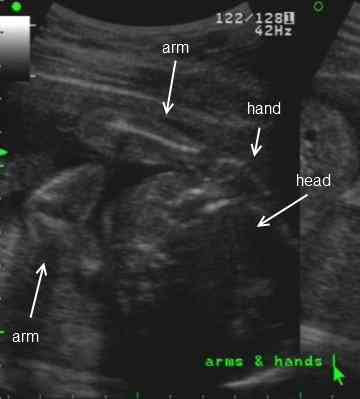 As you may have guessed from the title of this post, I'm about 5 and a half months pregnant now.  I'm still feeling really good, except for last week when I had a bad cold and sinus problems.  Craig got the same thing, too.  We're both feeling better than we were, but still not up to 100%.

We finally painted the nursery.  It's done except for the trim and the new chair rail that we're putting up to separate the two colors (a muted green called "Koi Pond" on the bottom and a cream called "Steamed Milk" on the top).  I'm quite pleased with the result.  It's very soothing.  I am planning on painting some fish and so on in some brighter colors for a few spots of interest, but that's not as high on the list as the main painting was, mostly because we have a bunch of furniture in the breezeway that has been waiting until the painting was done to be moved into the house.   I'm sure Craig will post some pictures of the finished room at some point. 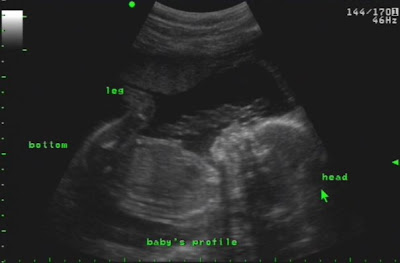 This is a little late in reporting about it, but we had our ultrasound a couple of weeks ago.  It was pretty amazing to see our little baby, and the technology is incredible.  The technician was very good, and explained what we were seeing (which was good, because otherwise we wouldn't have had a clue most of the time).  She did what amounted to a physical - measuring various parts of the baby (leg and arm bones, abdominal cavity, skull size, feet, etc.), checking the blood flow through all four chambers of the heart, looking at different parts of the brain, and much more.  We did find out the baby's gender, but we are keeping it a secret so it will be a surprise for all of you.

We wondered how the technology has changed since we were babies, so we asked my mom if they had ultrasounds with any of us kids.  She said they had one with Kimberly in the mid 1980s, but it was very different - basically they just saw her heart beating.  It makes me wonder what kind of things will be standard 25-30 years from now.

The other sort of milestone event of the last while happened on Saturday.  I've been feeling the baby move for several weeks now, but the baby's been too small for the movement to be felt from the outside.  Saturday night Craig was getting ready to walk out the door to go to Ultimate frisbee and I was sitting on the couch, reading.  I had the book resting on my belly, and the baby started kicking pretty strongly, enough that I thought I saw the book move a little.  I called Craig over and sure enough, he felt a little tap! 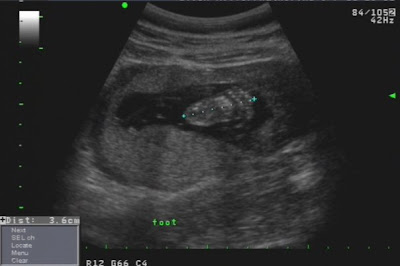 The pictures I've posted here are the same ones Craig posted earlier, but I'm lazy so I'm going to steal them.  They're a few of the frames the ultrasound tech helpfully labeled, which is good because otherwise most of us would not be able to figure out what they are.  I added some more notes to the top one. Watching everything live with someone explaining what was going on was a huge boost for being able to resolve the patterns into images.  Also, it was neat to feel the baby move and see the image move on the screen at the same time.  =)

We're getting closer to the day when you all can meet the baby, too!
Posted by Kathy Glick Miller at 4:16 PM